One of the memories that David and I continually come back to is the memory of Brielle jumping at the sound of Jesus’s name. She consistently expressed joy when in worship and praise for Jesus. It was incredible and really made David and I think more about what a baby understands and feels.

“At that time Mary got ready and hurried to a town in the hill country of Judea, where she entered Zechariah’s home and greeted Elizabeth. When Elizabeth heard Mary’s greeting, the baby leaped in her womb, and Elizabeth was filled with the Holy Spirit. In a loud voice she exclaimed: “Blessed are you among women, and blessed is the child you will bear! But why am I so favored, that the mother of my Lord should come to me? As soon as the sound of your greeting reached my ears, the baby in my womb leaped for joy. Blessed is she who has believed that the Lord would fulfill his promises to her!” Luke 1:39-45

More about this memory here.

“I watched this earlier and as I was watching it I felt Brielle start to move. The longer I watched the more she moved. And once the clip ended? She stopped moving. Brielle does things like this all the time, things that make me wonder just how much she understands. For instance, every time we pray she starts moving. When we’re at church she dances during the music. No matter what kind of music it is. We can be in a church that is all acapella and incredibly quiet. We can be in a church filled with thousands with a choir and orchestra, people singing out loudly and boldly for the Lord, and she dances.

During a sermon a few weeks ago, the preacher stated, “Jesus is the way, the truth, and the life. No one comes to the Father except through him.” She jumped. She jumped so suddenly she knocked the breath right out of me. I don’t have an explanation for these things. And quite frankly, I don’t need one and I don’t think there ever will be one. But these things make me wonder. I wonder if she has her own faith, her own opinions and feelings about God. And it makes me ponder on this quote: “We are not human beings having a spiritual experience. We are spiritual beings having a human experience.” While I’ve always thought this to be true, I never once thought of it through the eyes of a baby. Through the eyes of my daughter. And I really don’t think there is anything quite as beautiful as pure innocence celebrating God.”

One of the things David and I enjoy about Brielle was how opinionated she was. We had no idea that she would react to books we read her, but once we started reading to her, wow, she really did! This was clearly evident in this memory:

“Yesterday, David went out and bought Brielle a bunch of new books. I told her all about them and she did lots of happy wiggles. She especially wiggled for a Winnie the Pooh book he’d bought her. So I read that one to her. She loved it! She wiggled her little butt the whole time. Then I read her a Dr. Seuss book David had bought her. Nothing, she did not like it. No moving, no excitement. Not even happy snuggles, where she’ll curl up on one of my sides. Nothing. She really hates Dr. Seuss. Who knew a baby could hate Dr. Seuss so much? David said that this cannot be. She has to like ’80s hair bands and Dr. Seuss. I told Brielle I’d protect her from both, especially the ’80s hair bands.”

She also, hated, Fox In Socks. 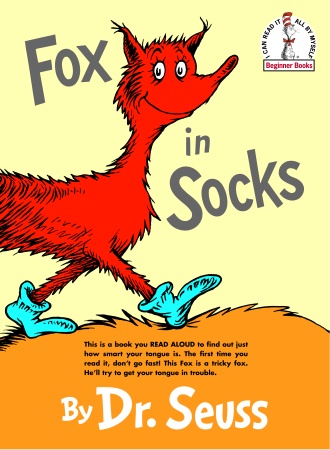 One night as David read to her Fox In Socks, she kicked the right side of my belly (where David was reading) hard and then ran away to the left side of my belly and burrowed as hard as she could to get away from the sound of his voice. When I told David to stop and try reading something else, she calmed down.

He picked up Beauty & The Beast and began reading, she waited a few moments and then moved back to the right side of my belly, and snuggled up closer to his voice. So cute. She knew what she liked!

David and I have laughed about this moment over and over again. Poor Brielle was so disturbed, she just didn’t understand what was going on. She was such a sweet baby. We had to coax her out and give her lots of love and encouragement. I light up when I remember this moment and how silly she was. She had so much personality!

“Earlier this week, David was playing with Brielle and she was so happy. Dancing and squirming. He then said, “I’m going to blow on Mommy’s tummy!” He then blew a raspberry on my tummy. The fun and games stopped right there. He did it right on her face and she immediately stopped moving. I’m dying laughing, Brielle is trying to run away, and David is saying, “I’m such a bad Daddy!” Poor baby had no idea what that horrifying sound was and David felt horrible that he had scared her. She didn’t move for an hour. Poor baby, I kept telling her it was ok, and David kept apologizing to her. Needless to say, we won’t be doing that again.”

You know, I expected this whole random acts of kindness to be nice and uplifting for David and I. Instead it feels more like a burden and something I’ve saddled myself with and I’m left thinking, “What was I thinking?!”

Tuesday was planned to be a day where David and I would go to Dave & Buster’s and attach paid game cards to the machines. For those of you who are new, Dave & Buster’s was where Brielle had her first Father’s Day. It sounded like a great idea. I was genuinely excited at the thought of blessing others on a day when most would be stressed, anxious, and nervous over the election.

But when I couldn’t find my jeans in the piles of wadded up clean clothing mixed with dirty clothing and had to put on my, I can barely move, skinny jeans I was about in hysterics. However, hysteria would require breathing and that wasn’t really possible.

This compounded with, “Do we just tape the cards to the machines? Do we hand them out? No, that’s weird. Do we print out a message with them? Would anyone read them? Does it matter? Do we write the blog address on the note? Is that like advertising? That’s weird, right? Why didn’t I plan this out sooner? What in the world is Brielle Bear going to wear?”

Dogs barking. Everyone’s hungry. Bernice doesn’t understand why we want to do things for Brielle and is confused.

I finally threw my hands in the air and said, “This was supposed to be a fun night and instead it’s a nightmare!”

We stayed home. Bought Brielle’s birthday dress. Ate chicken noodle soup and watched the news. And for an hour I was mad at myself. I wanted to do this right. I wanted to make something good out of this whole situation.

But I had to step back and think about what was realistic and what was best for all of us today. And I had to be honest with myself, I took on more than I could handle. I took on a bunch of good things, but just because it’s a good thing or a good idea doesn’t mean I should do it.

So I’m just going to do my best. And really be kinder to myself, for crying out loud Brielle died a year ago, and I’m running around like a chicken with it’s head cut off and then I’m feeling guilty and like I failed.

Brielle died, I don’t need to be super woman, I just need to take a chill pill. Now if someone could just smack me on the head every morning and remind me, that’d be great.

Oh, and my jeans? Found them. They were mixed in with the half clean half dirty Bernice pile, naturally.

*Sorry for the late posting, I wrote this on Monday!*

I hope you are all doing well. Today we are starting our random acts of kindness stuff (really having a hard time finding the right word) with a truck full of donations to charity. I’ve been in the process of cleaning out our house and streamlining our stuff to the bare minimum. It’s been great and freeing.

I do feel a bit weird calling it a random act of kindness since I feel like I’m gaining in this situation, but we’re going to roll with it. But hey, I wanted to do good things for Brielle’s birthday…and life has been busy, not to mention kind of painful, so here’s to doing the best you can! And I do have to say it’s so nice knowing we’re starting another year since Brielle died, without the things of our past cluttering up our life. I feel like I can breathe a little easier. As if my never ending to do list has shrunk and is almost manageable.

We will be doing something different each day of the week and then Saturday we will be celebrating! I’m excited for Saturday and plan on sharing some sweet videos and pictures of Brielle Bear and filling the day with happy memories of her.

I’ve said it before and I’ll say it again, I don’t want Brielle’s life to feel sad and I don’t want her birthday to be sad either. We were given a sweet blessing, that we were able to share with the world, and Saturday is a day that can be celebrated, because I know that I got to be the mommy of the sweetest little girl there ever was! And I’m not biased at all.

I encourage you to participate in this celebration and if we all lived near to one another I’d want to celebrate with you all personally, but we don’t, so this is my way of bringing the party to you all. I hope this week and this coming Saturday is a little bit brighter for you.