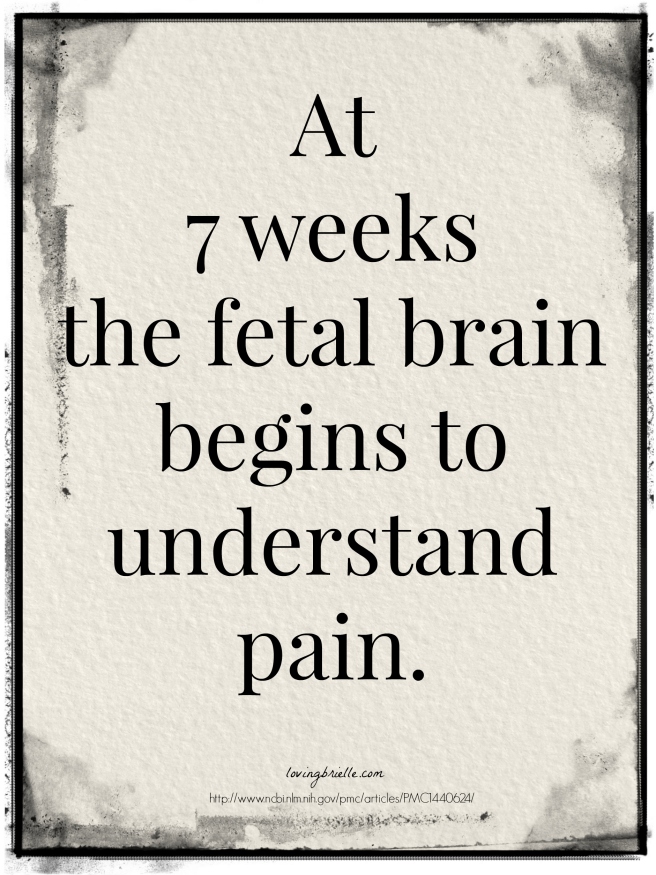 Super long post, but really worth the read, especially for any expectant moms and anyone wanting to have kids in the future.

Having gastroparesis has made me extremely sensitive to how my body works, and as a plus, has made me very sensitive to all of Brielle’s movements and I’ve learned to distinguish her different kicks, and her different responses to things. While I know that what she does is real and not a delusion on my part, I wanted to have some proof for others, that when I say she hears me, she dances, she likes pineapple, others understand that, yes, a baby in utero can and does do those things. They have feelings, they react to pain, they are sensitive to touch, etc. So I’m going to share some information on what is currently known about fetal development and I’ll provide links for reference, and in another post I’ll talk about how I’ve noticed differences with Brielle based on her diagnosis of anencephaly.