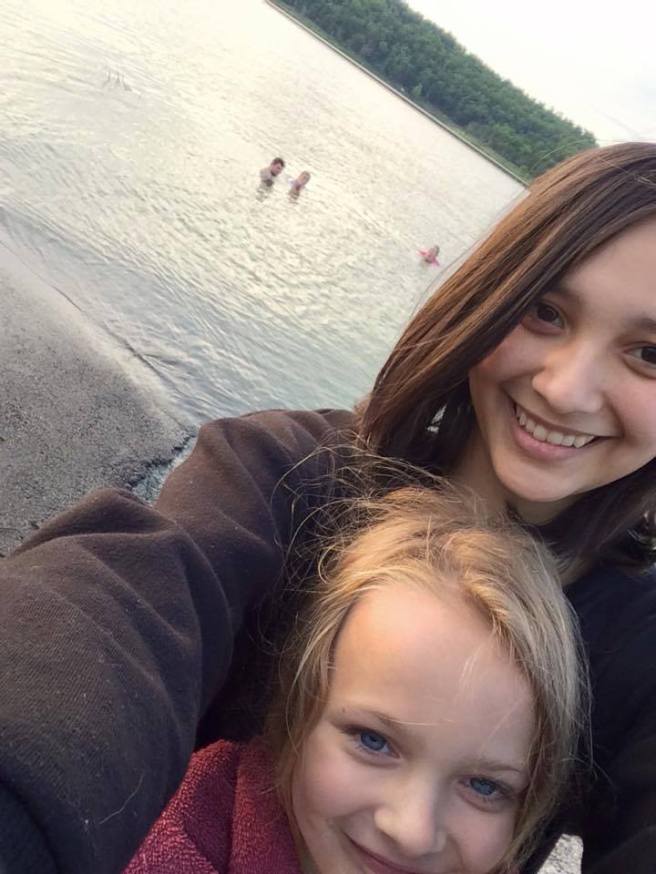 This weekend I’ll be in Arkansas having a Wolford Christmas. My grandparents retired to Arkansas a while ago, but my family has been going to Henderson for decades. As a family we all visit for the summer holidays.

The last time I was in Arkansas was for Memorial Day. It was a couple of weeks before Brielle would be diagnosed with anencephaly. The weekend was cold and rainy and most of us stayed indoors. We took one boat ride (highly unusual for us all) the whole trip. Of course it was the first time out for the season and the boat ran out of gas (come to find out someone had stolen our gas). But it was a fun outing. Tessa would be getting married in about a month, so we spent a lot of time going over wedding and travel plans.

Even though it was a lazy weekend and wasn’t the weekend we usually have (we usually spend the whole weekend on the lake and eating, Papa called us locusts), I still wanted to get in the lake. I’ve been in that lake every year of my life, I wasn’t going to miss a year just because I was a) pregnant and b) it was cold and rainy. So Mikayla and Teagan (cousins) and Tessa and Zach (sister and brother in law) all went down to the end of the road and got in the lake. Mikayla just stuck her feet in. And Teagan didn’t last too long (she doesn’t have a lot of insulation). It was really cold. But Brielle and I still went for a swim. I think she had fun. I was starting to feel her move at this point in my pregnancy and she did a few wiggles for me. As we all know, she was a natural swimmer.

I’m glad Mikayla took this picture of all of us. It’s the only picture I’ll ever have of Brielle on the lake. I didn’t know at the time that this would be her only visit to Arkansas. And I don’t think I would have done anything differently, I mean, we even took the boat to the cliffs (we jump off the cliffs into the lake). So she did the major things we do as a family. I think we’ve all jumped, right? Mikayla’s father, my Uncle David, used to swan dive off of the cliffs when he was a boy.

It’s going to be weird being back at the lake and not having Brielle with me. I’m bringing her teddy bear urn, but obviously, it’s not the same. I am excited to see my family though. It’s been a hard couple of years for us all, but it will be good to get together. I’ve missed them.